Is a DUI a Misdemeanor or a Felony in South Carolina? 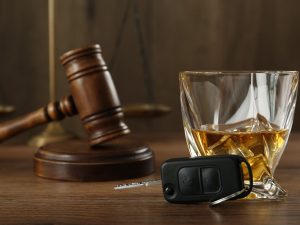 Is a DUI a Misdemeanor in South Carolina?

If you are older than 21 and you are pulled over and the officer believes you to be impaired by alcohol, drugs or both you could face criminal charges and administrative actions.  If it is your first offense, the DUI is frequently considered a Class B Misdemeanor in South Carolina and can lead to at least two days of imprisonment or public service, or a maximum of one-month jail time and a fine of $400. The driver’s license of the offender may also be suspended for up to six months.

A second offense could result in five days to one-year jail time or one month of public service and a fine of up to $5,000. Your license could be suspended for 12 months.

Is a DUI a Felony in South Carolina?

There are several instances where you could be charged with a DUI felony in South Carolina.  For example, a third DUI offense is a felony that can result in jail time for anywhere between a period of 2 months to 3 years and a fine of up to $6,300. Your license can be suspended for up to 24 months.  Additionally, if you are under the influence while operating a vehicle and cause great bodily harm or death to someone, you may be charged with a felony. Great bodily harm is an injury with a substantial risk of death or injury that causes permanent and severe disfigurement or loss or impairment of an organ or bodily functions.

For example, a DUI felony can be imposed when:

There are a range of other scenarios for a felony DUI in South Carolina. The common thread, though, is that if you drive under the influence and cause serious bodily injury or death to another person, you can be charged with a DUI felony.

When you have a driver’s license in South Carolina, it is regarded as automatic consent to be tested if stopped by the police. This law is known as implied consent and may be used by an official to test you if they suspect that you are driving while intoxicated. If your BAC is over the limit, points will be added to your record, and your license will be suspended or even revoked if you are found guilty of DUI.

What Actions Are Taken Against a DUI for Drivers Under 21 Years of Age?

If you are under 21 years of age and you are found guilty of driving under the influence, the consequences could be:

What Administrative Actions Can Be Taken When You’re Charged with DUI?

In South Carolina, there are administrative implications as well as criminal laws regarding DUIs. If you are charged with driving under the influence, you have 30 days to request a hearing against the Administrative License Revocation. If your suspension is overturned, your license will then be restored right away.

However, if your appeal is rejected, your suspension will take effect, and you will have to attend an Alcohol and Drug Safety Action Program (ADSAP) before it can be reinstated. If you are a first-time DUI offender, once you have enrolled in the program, you may be eligible for a provisional license. Repeat offenders could be given restricted driving privileges, which is done at the DMV’s discretion.

Can Your License Be Reinstated After a DUI Revocation or Suspension?

If a DUI charge turns into a conviction, your license will be either suspended or canceled, which will mean that your driving privileges could be revoked and you must then apply with the DMV to have your license reinstated once the revocation or suspension period ends.

In this case, you may have to take your driving test again, including the knowledge test, road test, and vision test. Failure to complete these requirements will mean your license will remain revoked or suspended.

To complete the requirements for license reinstatement, you are required to prove that you have successfully completed the Alcohol and Drug Safety Action Program or a similar program. The course costs $500 and can take up to 12 months to complete. You may need to pay an additional $2000 for addiction treatment, and you will be required to pay a reinstatement fee of $100 for your license. It is also up to you to maintain proof of financial responsibility by filing an SR-22.

If convicted of DUI in South Carolina, the court could also order that an ignition interlock device be placed on any vehicle you operate for the purpose of breathalyzer tests every time you want to drive the vehicle.

Can a DUI Charge Be Expunged from Your Record?

Felony DUIs are not expungable, nor are misdemeanor DUIs.

If you are convicted of a DUI felony, a knowledgeable DUI defense attorney in South Carolina, will be able to explain your rights to you and work to protect you. With legal representation from The Jeffcoat Firm, you have an experienced DUI attorney in your corner fighting to protect you and your rights.

“I highly recommend The Jeffcoat Firm for their knowledge, expertise, and compassion.Not only do Michael Jeffcoat and Taylor Bell have impeccable reputations, they go above and beyond to support and service their clients. Very appreciative of their work, and would not hesitate to call them for anything.”

Every case is different. You should not believe your case will get the same result.

Michael R. Jeffcoat is a criminal defense attorney in South Carolina with over 2 decades of experience, our aggressive criminal defense legal team can help you with misdemeanor and felony offenses. Mr. Jeffcoat strives to keep all his clients informed at all stages of their case.

CONTACT US TODAY. SEEING IF WE CAN HELP IS ABSOLUTELY FREE.